When it was decided that I will cosplay as Tsurugi, I didn’t even like the character. XD But my friend wanted me to make this cosplay, so I said: “Okay, if you make it for me, I will wear it.” I didn’t think she would really do it but as you can see, she did. XD I can’t describe how happy I am about that because meanwhile Tsurugi became my favorite character of the whole Inazuma Eleven Go series (along with his brother of course). He’s introduced as the bad guy in the beginning of the series but then he changes sides. His character is a lot deeper than expected and the story about him and his brother is very touching. He usually acts cool and doesn’t show many emotions, so I feel like I always have the same expression on every photo. I hope it’s not that bad though. ^^” 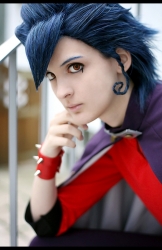 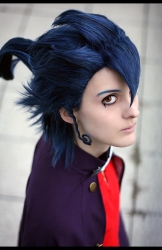 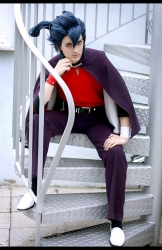 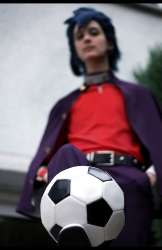 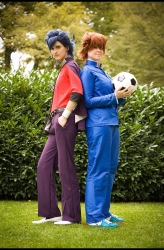 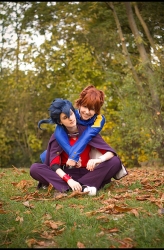 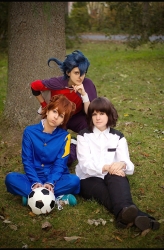 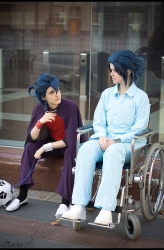 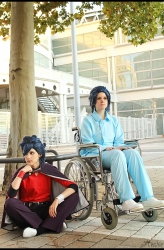 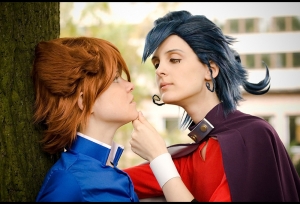 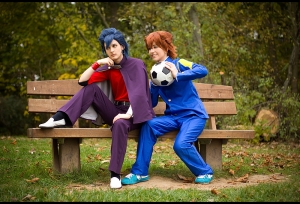 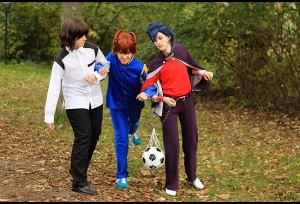 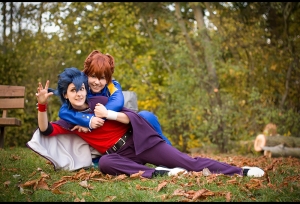 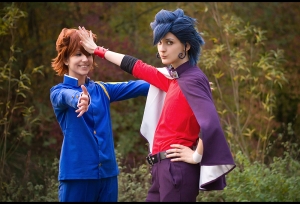 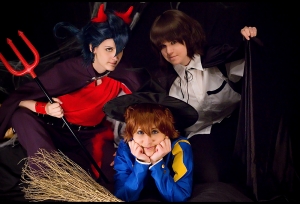 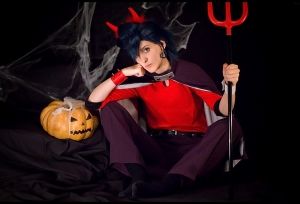 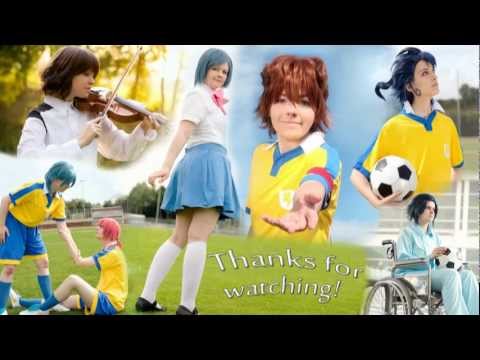