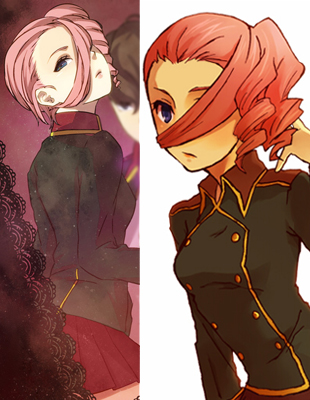 Takanashi is a character with almost no screentime but the character that was given to her mostly by the fandom itself is really cool. I love all Teikoku uniforms, so I wanted to make the Shin Teikoku one, too. Since there is no official art of the female one, I could freely decide on some details. I took fanarts as a reference and of course also the tiny pixel NPC of a Shin Teikoku girl that can be seen in the second DS Game. Teikoku is an exclusive school, so I decided on an exclusive fabric instead of ordinary cotton. I like it a lot. It’s very soft and comfortable and was easy to sew. The costume itself wasn’t difficult to make. The wig was more work. I sewed in extensions for the hairline and the strand in her face. For the pigtail I used prestyled clip-ons. 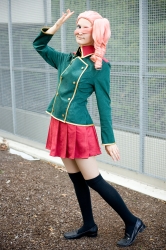 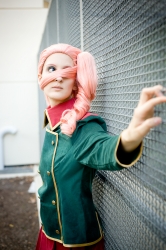 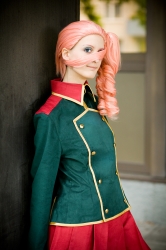 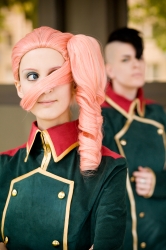 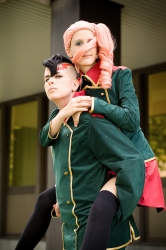 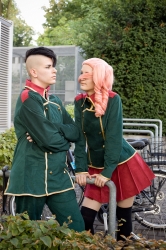 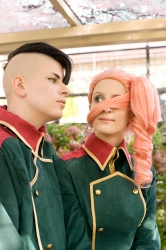 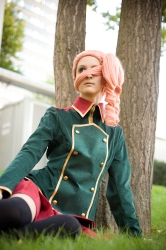 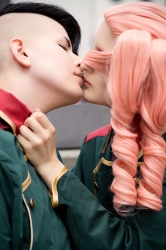 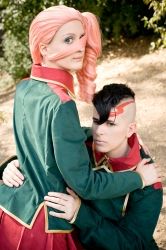 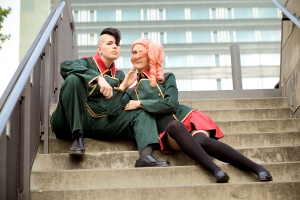 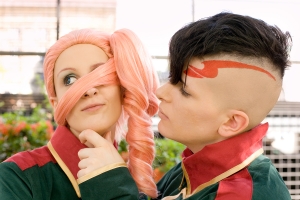