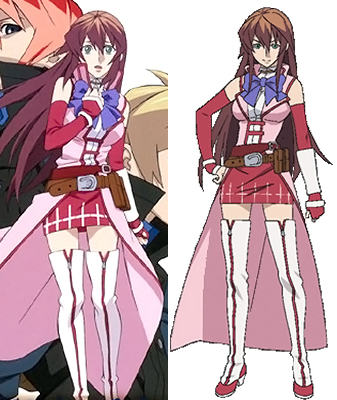 The series World Destruction or Sands of Destruction is not very known. There is an anime, a manga and a game for DS. A friend showed it to me and I liked Morte’s character design from the beginning. She combines many things which I like: pink, a coat, a short skirt, boots, light brown hair and a big sword. I watched the anime to know what it’s about, although I knew in advance that I wanted to make the costume. I was very happy to see that her character is also damn cool! She’s a strong, determined girl. The anime itself was a bit boring but if you check it out you should really watch it to the end because the final episodes make the whole series awesome! (I never expected this until the very end.) The most difficult thing of this costume were the boots. I insisted on making them out of leather but unfortunately it isn’t elastic so it was difficult. ^^” The construction for the lower part is quite interesting. I glued the leather onto white socks to make it stay in the right shape. It was probably not the ideal solution but it worked. The sword is made of wood and modelling clay. 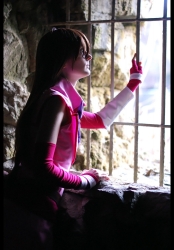 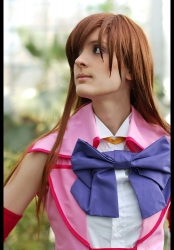 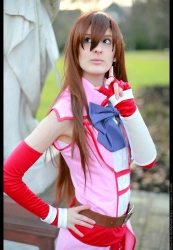 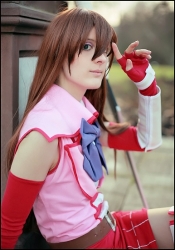 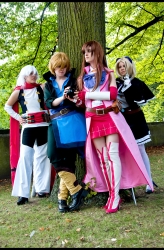 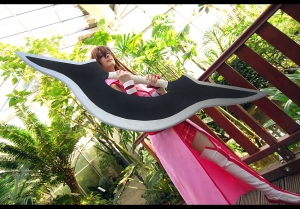 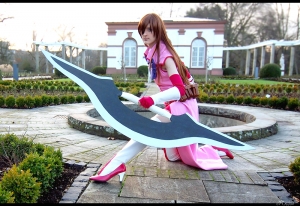