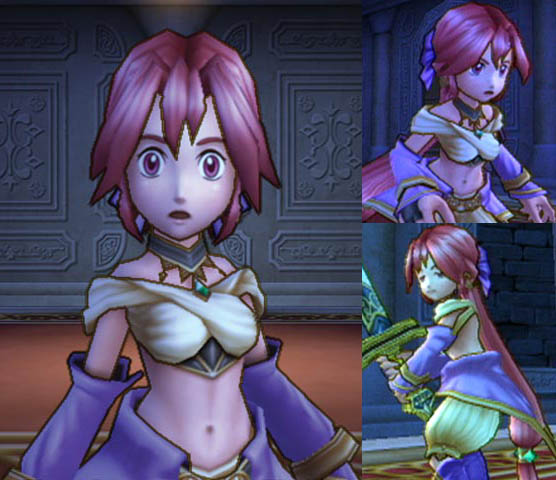 Dark Chronicle is a roleplay game for Play Station 2. It’s a pity that not many people seem to know it. Monika is the female protagonist of the game. She’s a princess who travels through time. The outfit I made is not her standard outfit but one of the special outfits, that you can unlock later. She also wears it in one of the cut-scenes and it’s called Princess dress in the game. I really love this outfit and I never made something with a similar pattern, that’s why I decided on it. I used silky, creased fabrics for her outfit. I wanted to make it look elegant to show that Monika is a princess even if she kills monsters with a huge sword. XD The sword is made of wood. 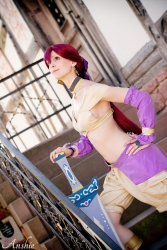 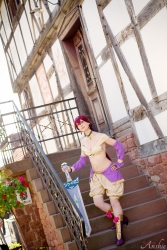 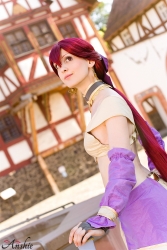 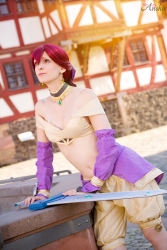 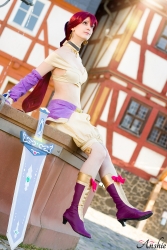 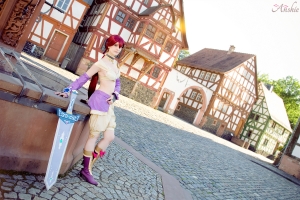 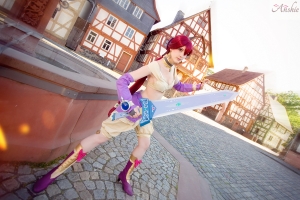 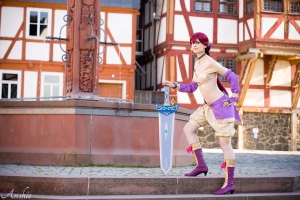 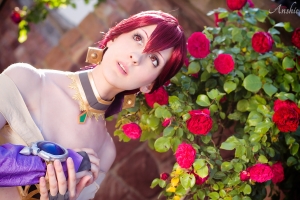 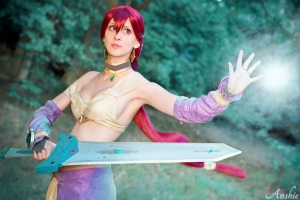 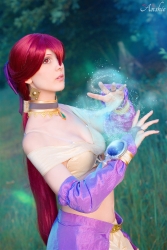 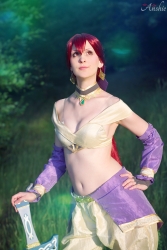 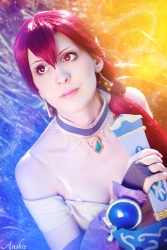 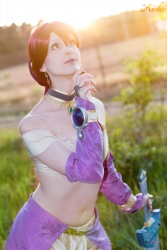 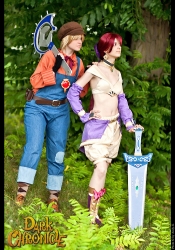