Midorikawa is one of my top 3 Inazuma characters and I planned to cosplay all three of them. I made the costumes of Hiroto and Sakuma before him because of their easier hairstyles. It was my first attempt to make a high ponytail like this. It doesn’t look perfect but I’d say it’s okay for a first try. Luckily I had a friend who helped me with it. It took some hours to make it but it was the only thing I had to do for this costume. The jersey is the same as the one I used for Sakuma and the track suit was a present. Somehow my friends love to buy me sports fashion. Maybe they want to tell me, I have to do more sport. ^^” When it comes to the character, Midorikawa and me have one thing in common: We both lack in stamina. I really felt for him while watching the anime. He always tried his best and in the end he had to leave the team anyway. It was very touching and sad. ;_; But it also made me like the character even more. 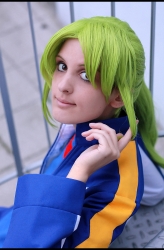 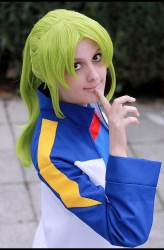 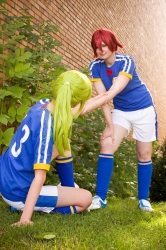 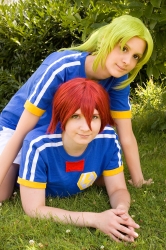 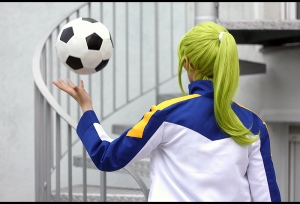 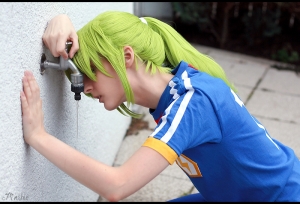 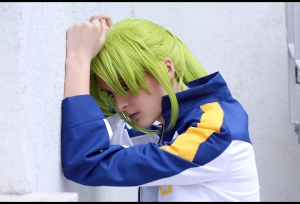 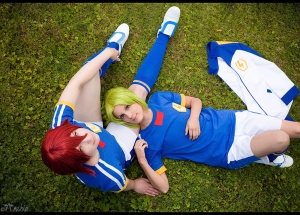 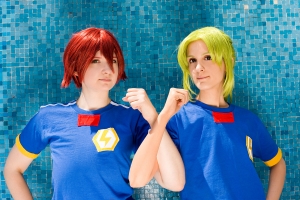