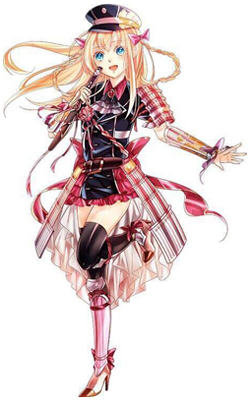 Midare was actually the first character that caught my interest when I saw all character designs of Touken Ranbu, but then I got so interested in Kashuu that I didn’t have time to cosplay Midare too. After all, I think that was good because when the Kiwame version was released I liked it even more and was glad that I didn’t make the normal one.
The sewing part was quite easy. The fabric of the jabot was dyed to get the gradiant. The hat is selfmade too. I bought a cheap carnival police hat and cut it into pieces to get an idea of the pattern and then make my own one out of the right uniform fabric.
The armor was the most difficult part for me. I’m not a big fan of armor making and not very good at it. ^^” For the shoulder and hip parts I used Color Board which I bought in Japan. The arm and leg parts are made of worbla and foam. Finding a satisfying color was difficult. I used a darker pink as a foundation and a light pink / copper mixed with gold on top. The different shades of acrylic spray made the armor expensive and time consuming but since the armor on the original artwork is so shiny that it’s hard to tell which color it has, I wanted mine to have different shades, too. I tried shades of silver first, but it didn’t blend well with the pink so I went for gold instead and I’m happy with the result. :) 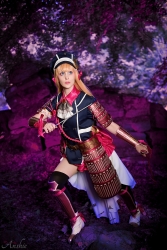 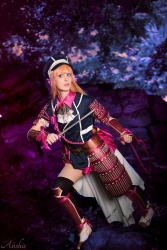 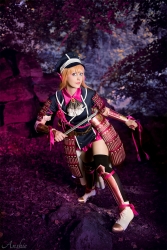 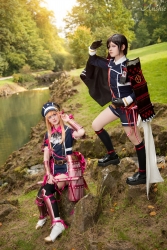 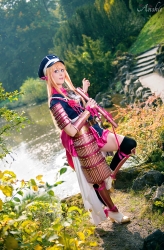 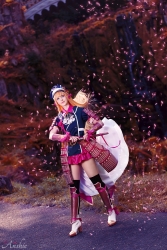 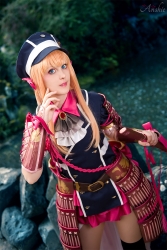 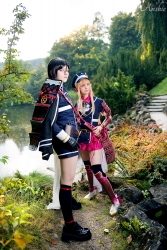 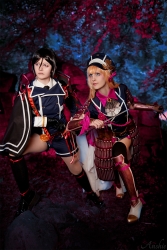 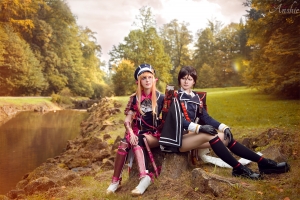 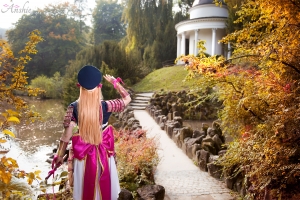 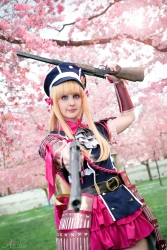 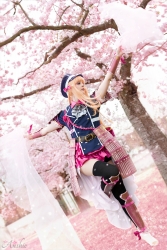 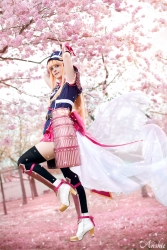 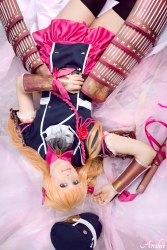 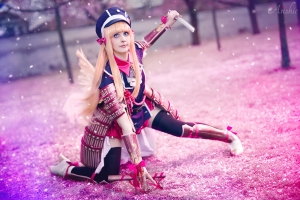 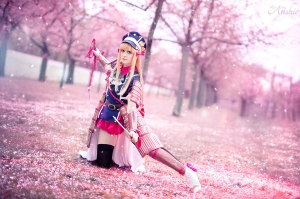 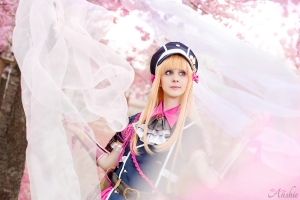 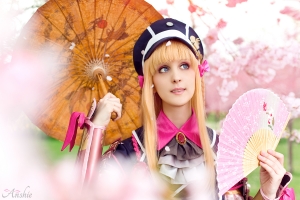 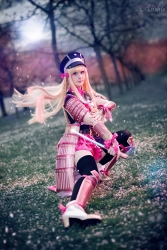 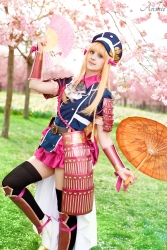