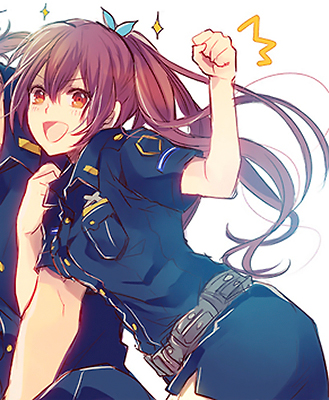 When I saw the Free! ending “Future Fish” and Rin’s police uniform, the thought of his sister wearing a police uniform as well, crossed my mind instantly. I was happy to see that many other fans got the same idea.
I was actually busy making other costumes and just randomly browsed through ebay when I found a blue dress that looked exactly like a police dress. It was less than $5 so the decision was easy. I bought it and modified it by changing the buttons, adding the badges, removing unnecessary parts and adding the belt with the leather bag. This way it was probably the cheapest cosplay I ever “made”. Lucky me! (^o^) And I really like this costume a lot. Acting as Gou is always the biggest fun. 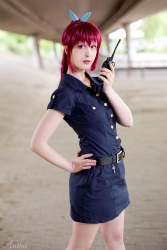 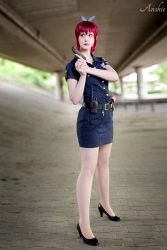 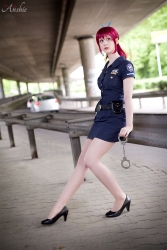 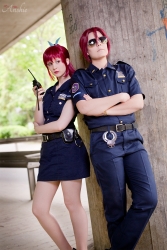 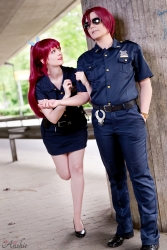 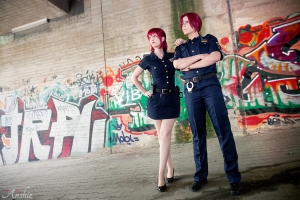 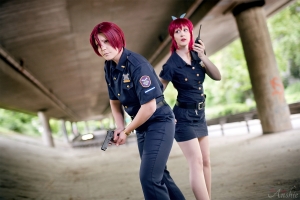 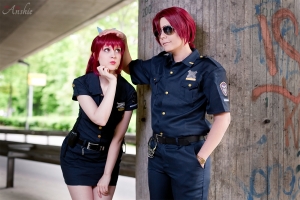 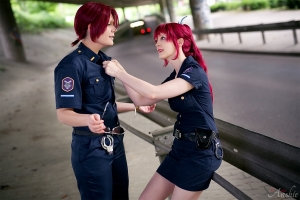 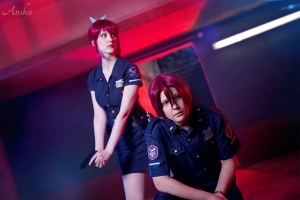 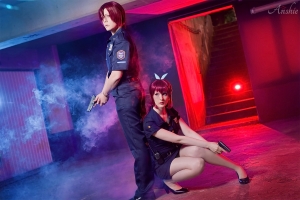 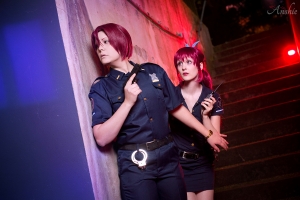 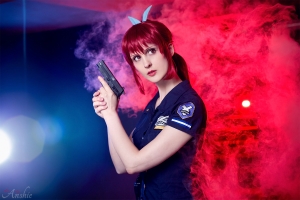 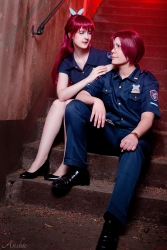 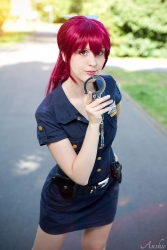 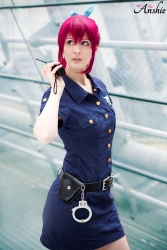 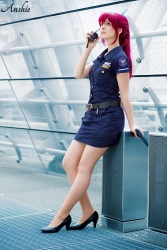 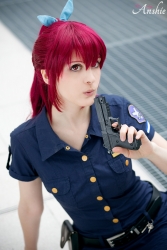 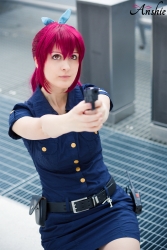 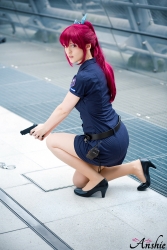 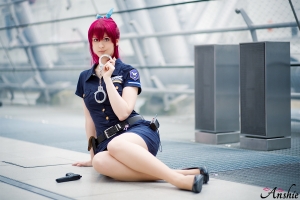 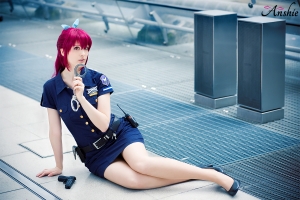 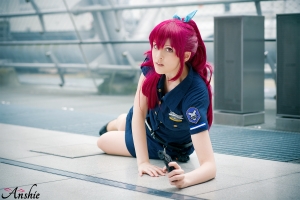 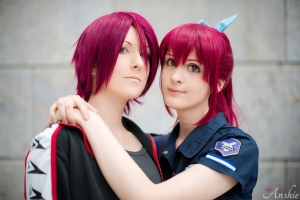 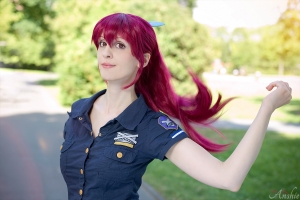 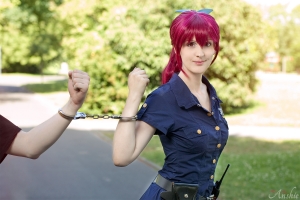 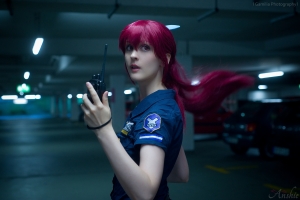 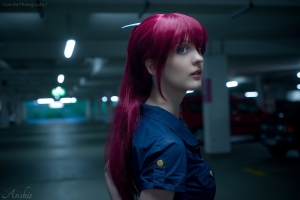