Sports cosplays are so comfortable! It’s really nice for a change! ^^ When I watched Haikyuu, it was clear within minutes that I’d love dorky Kageyama. <3 I got the t-shirt and shorts from taobao, but the shorts were far too big so I had to change them a lot. The jersey was sponsored by Cosplay Sky. I already had the red velvet cape from my old Ciel cosplay. Finally it became useful again! (^o^) Because of the king symbolism, I also made a crown for Kageyama. Even if he doesn’t like being called “king”, I think it suits him anyway. For the shooting, we had to try making me look really tall compared to Hinata. I hope we succeeded. ^^” 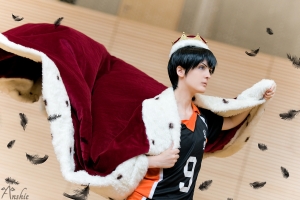 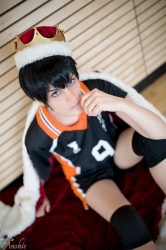 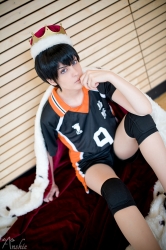 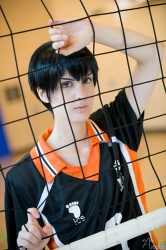 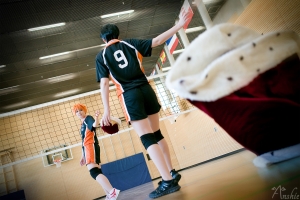 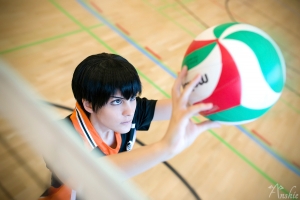 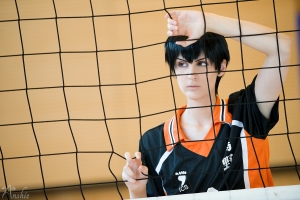 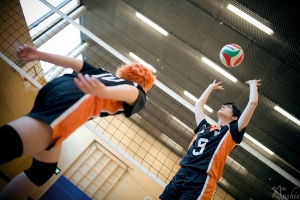 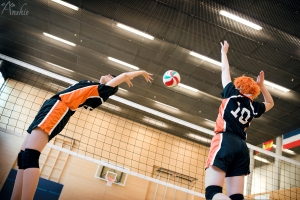 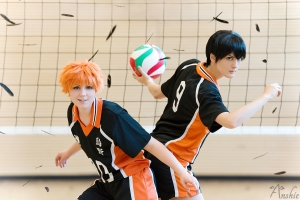 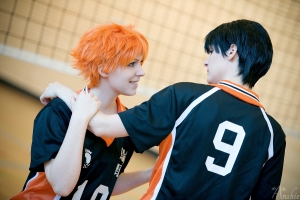 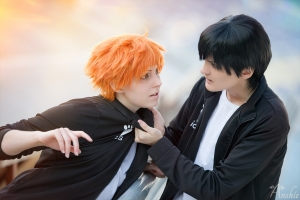 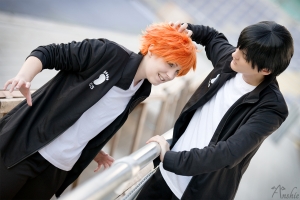 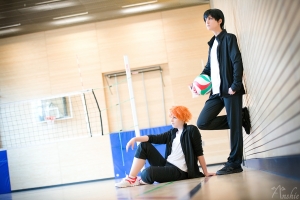 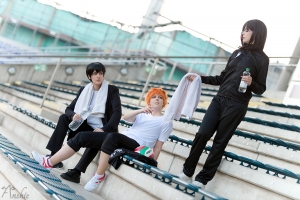 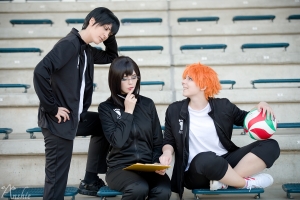 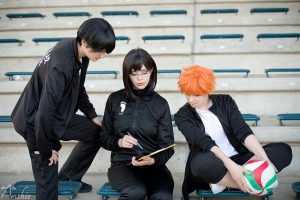 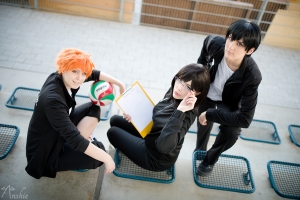 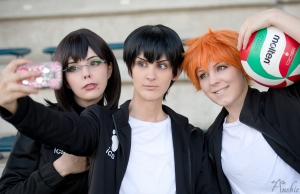