The Shinsengumi version of Kashuu doesn’t appear in the game, so there is no official artwork of it. (Yet?) The blue haori is obviously a part of it and since I don’t think he would wear exactly the same as Yasusada so I decided to use the yukata and hakama of my Uchiban version to keep his usual amount of red and black. The shinsengumi haori is bought, not self-made because the original plan was to cover it in a LOT of fake blood and I don’t like to ruin my own self-made costumes. (^^)” In the end, the amount of blood wasn’t that bad and the strains were easy to wash out of the fabric. Lucky! ^^ The only additional thing I had to make for this version was the headband with the “makoto” kanji so it was a fast and simple costume but also a must have on my list, because well, it’s Kashuu! XD 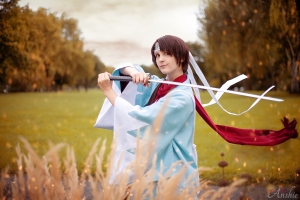 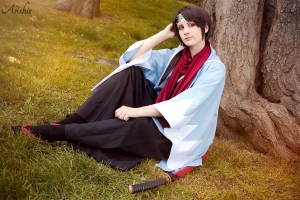 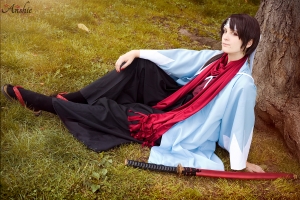 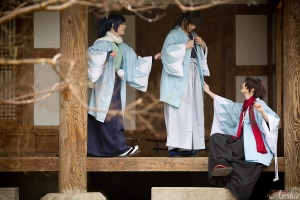 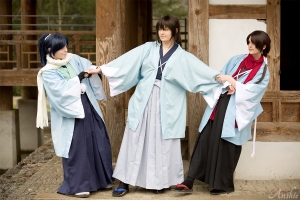 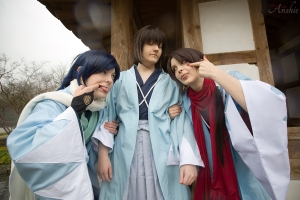 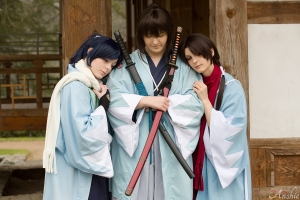 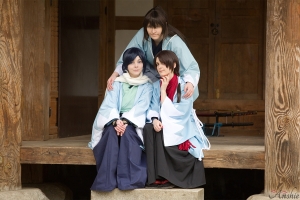 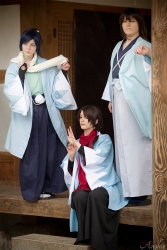 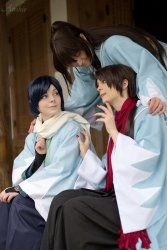 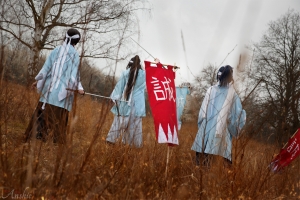 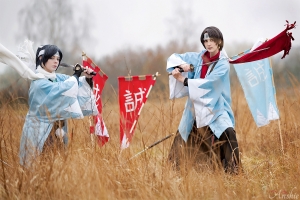 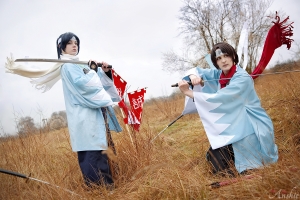 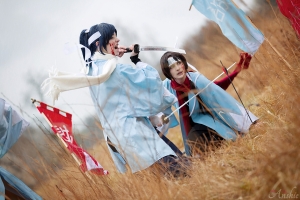 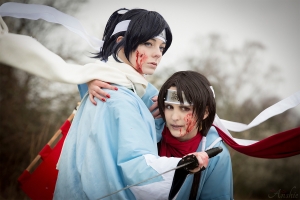 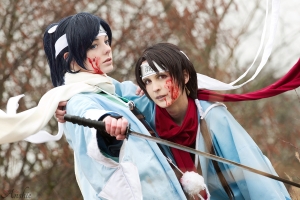 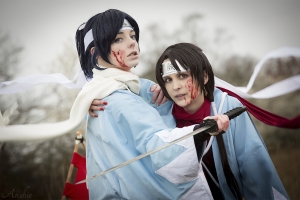 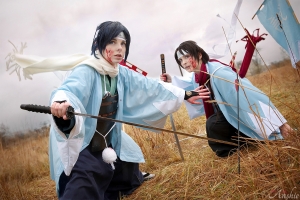 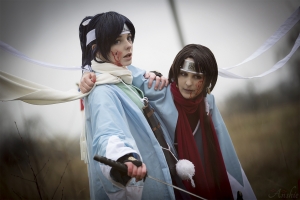 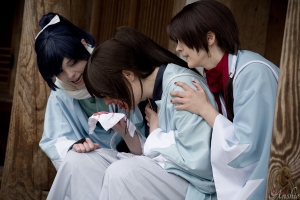 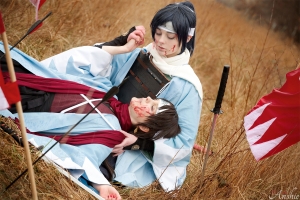 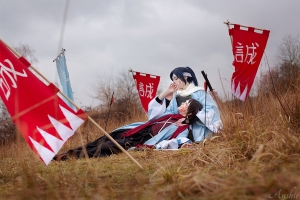 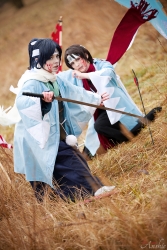 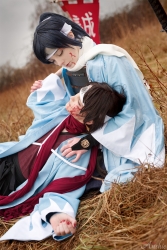 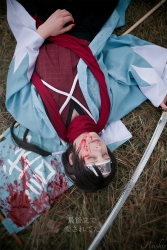 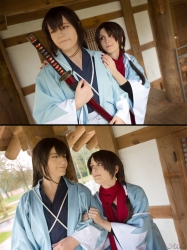