When I first watched the anime of Madoka, I liked the outfits more than the story. XD It wasn’t before the final episode that I started liking the whole series. Madoka’s outfit is really cute and I love it because it’s pink. ^_~ However, I didn’t think I would make it, because I felt like it wouldn’t really suit me. But then a friend of mine told me, she was looking for a Madoka for her group. Madoka was the last character missing, so I couldn’t resist. Madoka is also the first costume that I made for a competition, so I tried to make it as neat as possible. Searching for references and comparing the details of the costume as well as making it took me longer than usual, although some parts were easier than expected (for example the heart shape at the back of her dress). The pendant that she wears was a pain in the ass because I’m not good in those things. But I hope it looks okay in the end. ^^” 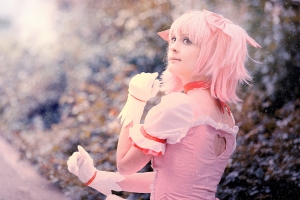 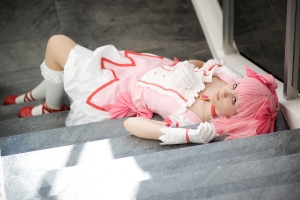 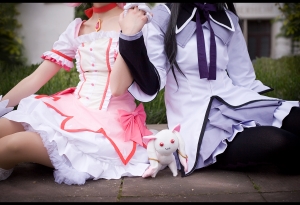 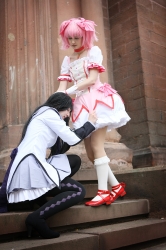 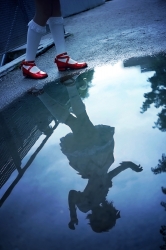 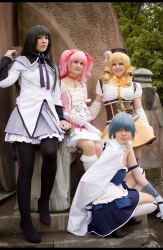 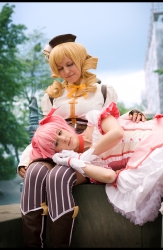