After such a long  time I made a new Eren version and I’m super happy because I wanted to make this one for so long and bought the fabric long ago. Lack of time was the reason to delay it again and again. But now finally it’s finished! This one is again from the game “Wings of Counterattack”. It wasn’t easy to decide which one to make next but the color was the reason to decide on this one in the end. Because I love red and I was sure it would suit Eren well. (^^) The coat or more precisely the collar was a bit difficult but after I figured out how to make a pattern it went well. In the end it was less work than expected. The overknees thingies are uncomfy to wear though. How the hell would they fight in something like that? Creators are not realistic, ha ha! 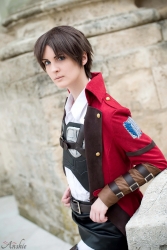 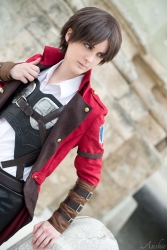 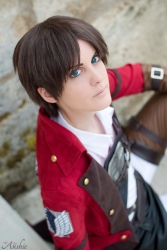 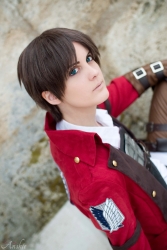 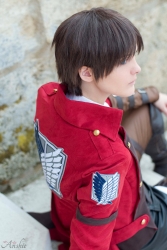 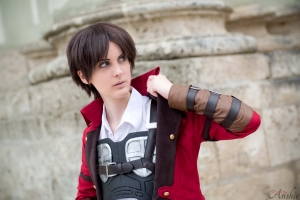 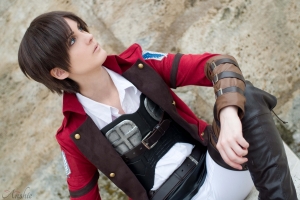 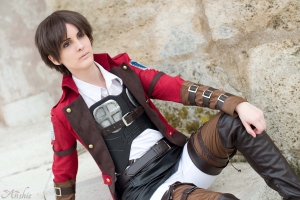 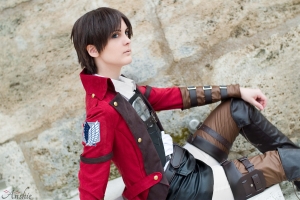 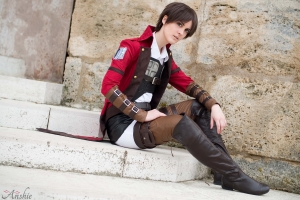 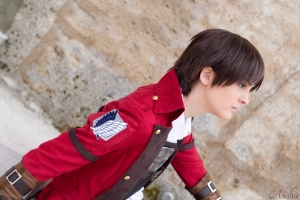