Claves was a stage costume for the Tsuki no Senshi Eternal Sonata musical. Making this costume suitable for dancing was a nightmare. XD I had to simplify the claw as well as the boots a lot and I still had to be very careful with the claw while dancing. There were many movements that were almost impossible or at least very difficult to look good with such a strange thing on my arm. ^^” I saw that other cosplayers made this dress out of leather, which also looks nice but I decided to make it out of a light shiny black fabric because you sweat too easily when wearing leather and this can become dangerous on stage. The wig was also a little tricky because the curls just didn’t stay in shape. I don’t know how many times I had to restyle it after every performance. But I still like the cosplay and I’m glad I could play the part of Claves. She doesn’t talk much – except from the scene where she dies. ^^” This is a little ironic. 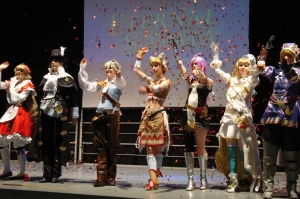 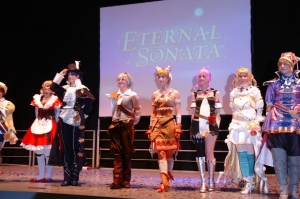 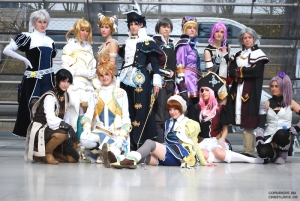 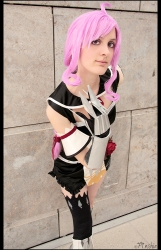 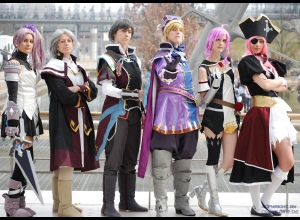 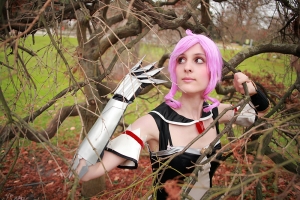