This is the second costume I made of Ciel. Kuroshitsuji is one of my favorite series ever and I was very nervous about this costume because it was the first time I sewed a blazer and I was also unsure if this cosplay would suit me. It took me very long to make the costume and I asked many people for advice. Especially finding the right shoes was difficult. After a while I was lucky and found those in a private auction on ebay. The red cloak is made of velvet and fake fur with painted dots on it. It’s very heavy but also nice to sit on. XD Ciel is a boy who behaves more mature than it would be typical for his age, because he had experienced a traumatic situation in the story. That’s why I tried to reflect his cold, almost arrogant character more than the cute one that fans seem to like a lot. I wore this costume often and with many friends, which makes it full of memories and very special for me. 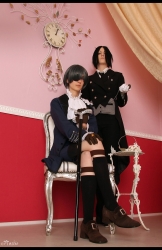 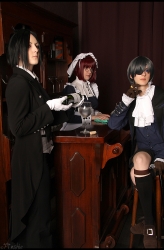 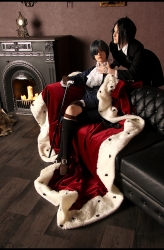 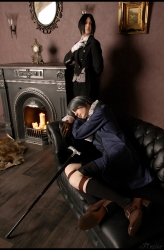 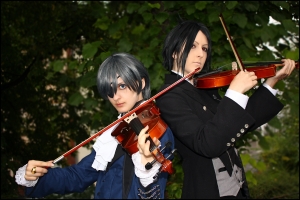 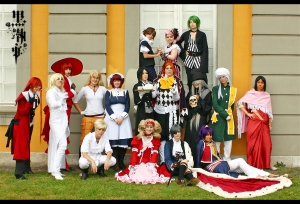 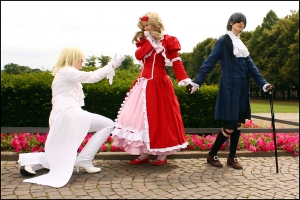