Homura’s outfit was the first from this series, that I wanted to make. In the end, I made Madoka’s first, because of a cosplay group. But I’m glad I took the chance of making Homura’s as well. I thought from the beginning, that it would probably suit me better than Homura and I still think I was right. ^^” I already had most of the fabric at home, so all I had to buy were the wig, tights and shoes. I made Homura’s outfit for a competition, so just like with Madoka, I made it as neat as possible. My friend made the white skirt and the basic black shirt, so I only had to add the collar to the shirt. The black collar was a pain in the ass. Making its pattern took me several hours. I’m very happy I managed it in the end. The white blazer took longer than expected because of the black pattern on the sleeves. The gray skirt was easy and personally I think it turned out to be the best part of the costume. 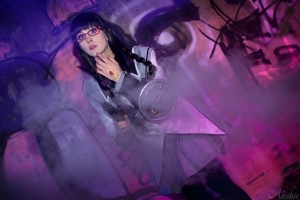 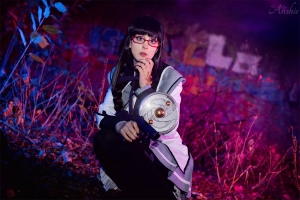 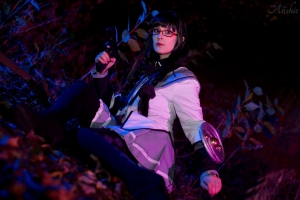 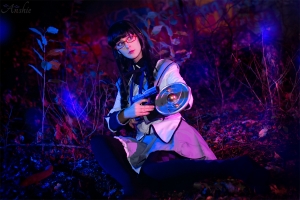 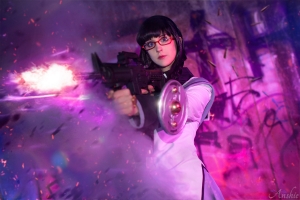 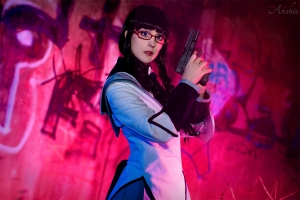 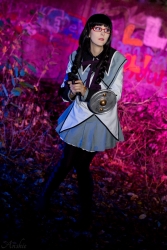 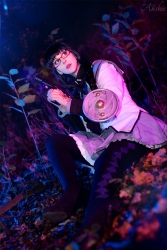 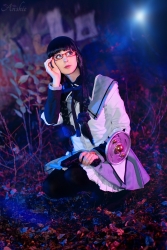 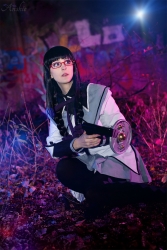 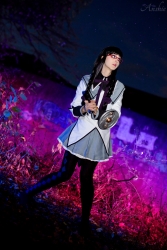 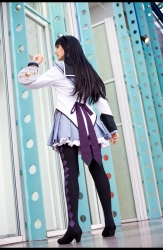 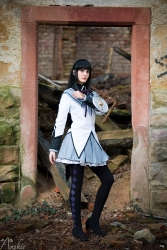 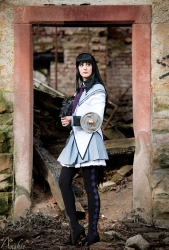 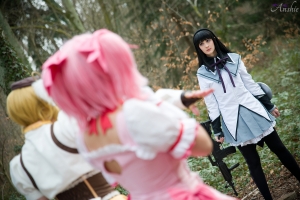 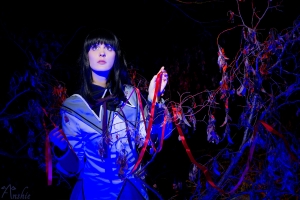 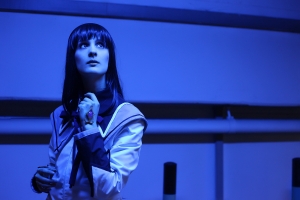 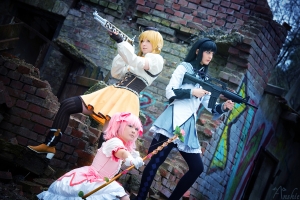 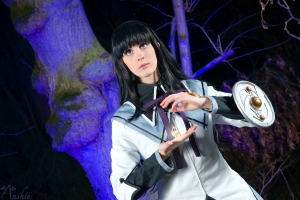 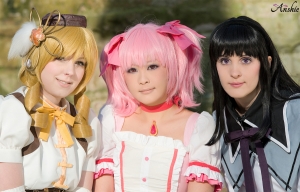 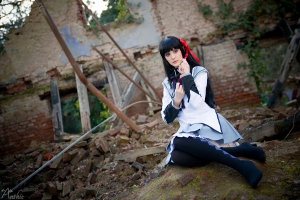 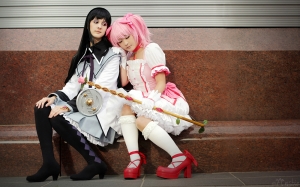