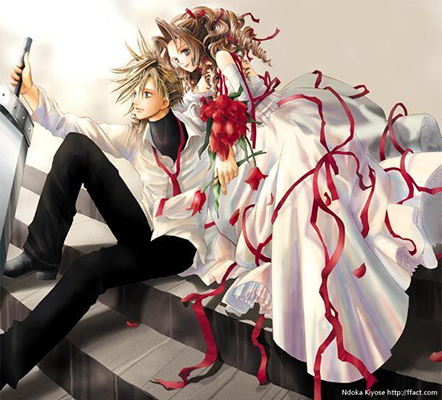 This costume was a spontaneous idea, when I saw a wedding dress on the internet and fell in love with it. XD I thought about which character would look good in such a dress, and came up with Aerith. So I bought the dress and made a new wig, that would look similar to the one from this fanart, because I liked the idea of a special wedding hairstyle. My friend and I wore these costumes as Zack and Aerith instead of Cloud and Aerith, because we agree, that Aerith and Zack belong together. ^_~ 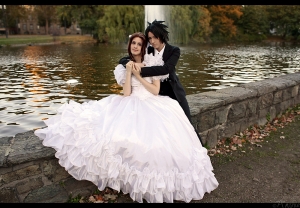 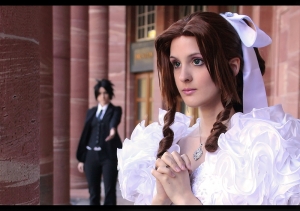 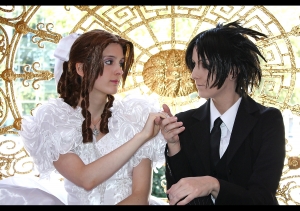 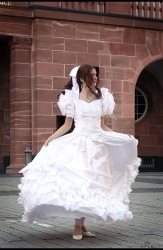 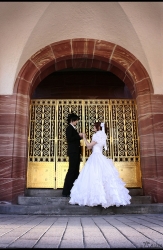 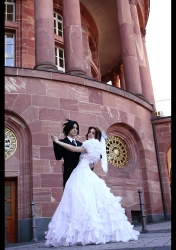