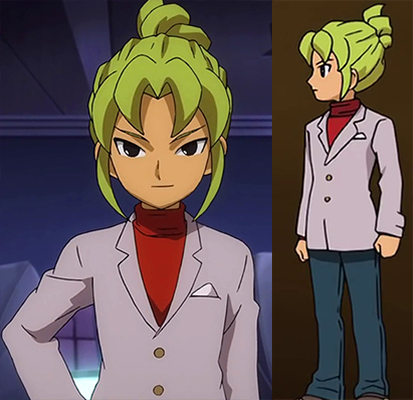 I was so happy when I saw Midorikawa appearing in Inazuma Eleven Go. I never expected this to happen. I really like that he became Hiroto’s secretary (and somehow like a “Mommy” for Kariya). Even if I don’t like sewing blazers, I did it anyway just because I love this character a lot. ^^ It was also the first time I managed to sew a collar like this (and the pocket as well), so I’m kinda proud. (Even if it’s a little embarassing that this was my first time sewing something like this, after cosplaying for 10 years, haha. ^^”) The pullover and pants were bought because it was cheaper than the fabric itself. The wig is the same one I used for his younger version. I just added an odango to it and wrapped the loose hair around it. I’m surprised it worked quite well. 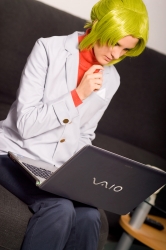 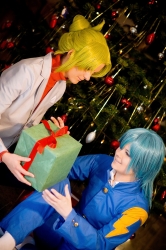 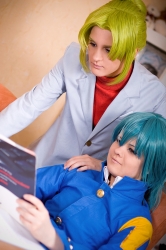 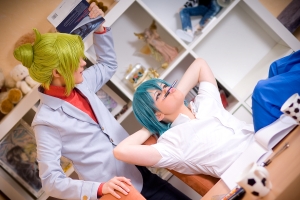 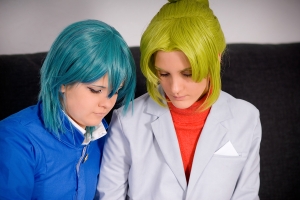 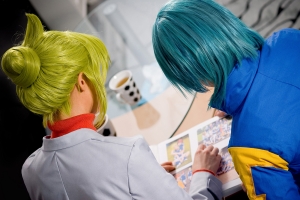 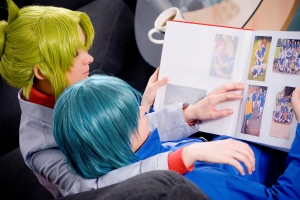