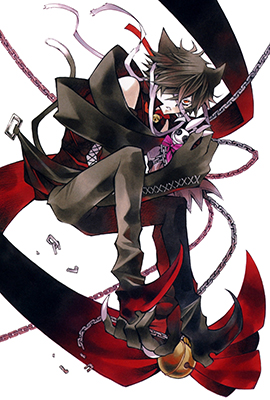 Being a big fan of Pandora Hearts as well as Alice in Wonderland, it was no surprise that I would love the Cheshire Cat. Cheshire has always been my favorite Alice in Wonderland character and I think his Pandora Hearts version is damn cool. He looks creepy but in fact he’s just a loyal pet that does everything for Alice. For this costume I used a normal glove pattern and changed the size many times until I was satisfied with it. The claws are made of modelling clay. I had a lot of fun making the shoes. They were easier than expected and I love the design of them. The huge bells are painted plastic balls consisting of two halfs. I put real bells inside them to make them jingle because the jingling sound is like Cheshire’s trademark in the series. It was fun walking around at the convention jingling all the time. ^_~ Oh, and because I get that question often: Yes, I can move my fingers, but not all joints and not really good enough to grab anything. That’s why I had to put the gloves on and off many times when I wore this costume at a convention. 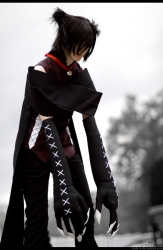 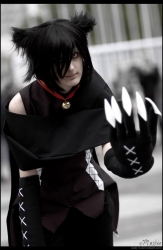 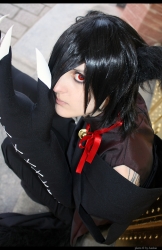 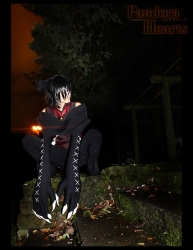 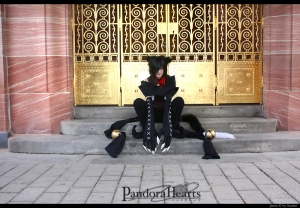 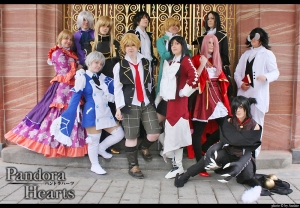