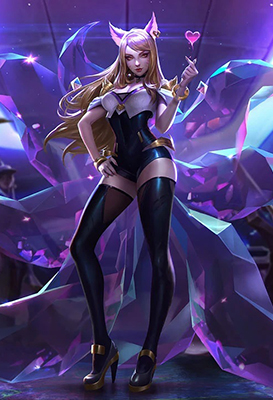 I don’t make game cosplays often but Ahri is one of those characters who looked appealing to me since quite some time. I really like many of her outfits but somehow it never happened. So it was about time! XD I decided to buy this cosplay to save some time but as it often happened in the past, I realized once more that it was still a lot of work to adjust it and make it fit. I had to undo a lot of seams and change the whole pattern because what I got didn’t fit at all. I also made the overknees from scratch and the shoes / golden parts. Last but not least I remade the ears and failed horribly. Luckily, Soffel saved me last minute by letting me borrow her own Ahri ears, otherwise I wouldn’t have made it in time for  the shooting. Thank you so much!
The shooting was stressful because we had some problems with the location (lights, noise, time) but would it really be Cosplay if everything went smoothly? :P Long story short, I’m really happy with the photos in the end! (*^*) 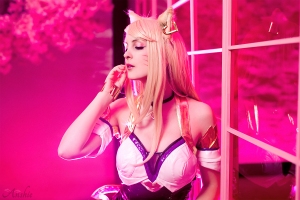 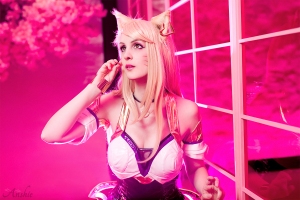 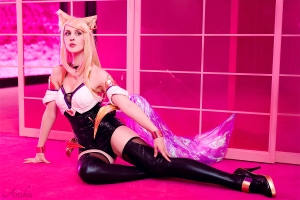 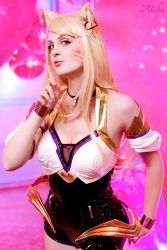 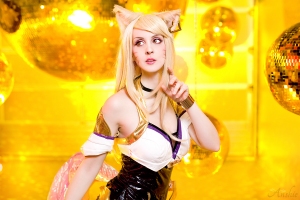 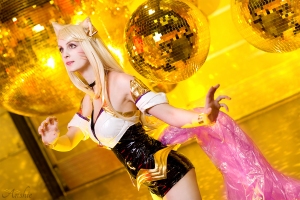 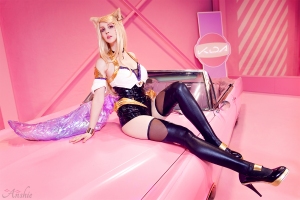 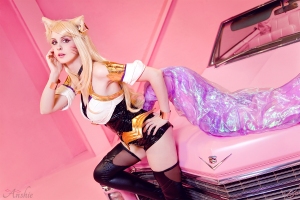 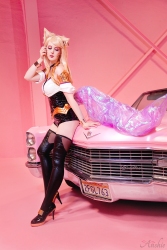 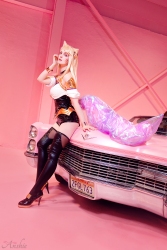 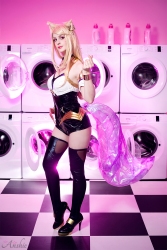 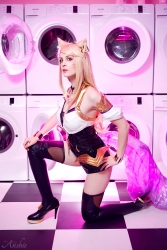 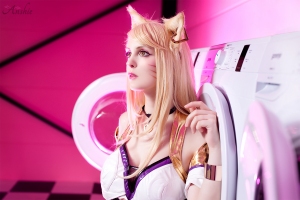